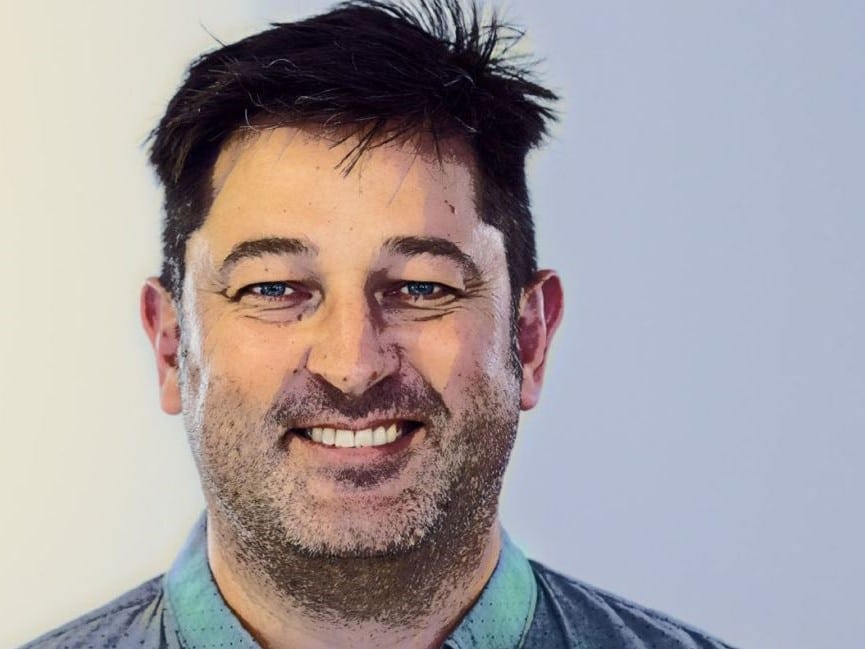 Helping to create the ‘Uber of transport logistics’ is the culmination of a career focused on never settling.

We operate in a platform world. Large, narrow systems are making way for modular environments where thousands of pieces work together to produce different outcomes, filling gaps that previous types of software couldn’t. It’s the ideal place for a guy like Hendrik van der Walt.

“I love new things, and I love learning new things. I want to understand stuff,” he says when discussing his career. “At some point, I didn’t understand web development, so I specifically went into that.”

Jumping into web development may not sound unusual. But for someone whose career started with mainframe languages such as COBOL, Van der Walt has moved far from his origins.

Calling homegrown platform Linebooker the ‘Uber of transport logistics’ is a somewhat simplistic description. But this gives an idea of t he company’s purpose, as Van der Walt explains: “ We fill a niche gap between the logistics of a customer or a company and organising the actual transport. Essentially, we close the black hole of finding transportation for your company. It happens in a very short amount of time, it’s much less labour-intensive, and it costs you less.”

Linebooker is a South African startup shaking up the transportation industry, and has already signed up more than 480 transport companies, representing over 15 000 trucks.

Yet, like Uber, it doesn’t own any trucks. Using platform services, it connects transport customers and providers – growing successfully in a rapid period since launching in 2017. Linebooker wasn’t built by technologists; the concept came from transport fundies who leveraged the flexibility of a digital platform to bring their idea to life.

“We have an interesting mix of people with deep knowledge in certain sections of the market. I bring the tech to the table. But it’s a good team in terms of balance. We know that we have to diversify and enter a lot more markets and sectors in order to stay relevant. So, we have to be flexible and work well together.”

This agility appeals to Van der Walt, who joined Linebooker in 2019 as its chief technology officer. And it’s the perfect fit for his diverse career.

Van der Walt began toying with programming at school. His father worked in IT, providing his son with early access to the technology world. After taking a gap year to travel, Van der Walt decided that development suited him well. He started his career at SITA, working in languages such as COBOL. But he didn’t settle on only back-office development.

“I’ve never been a hardcore back-end guy. I like the nuts and bolts and the details inside. I’m not the kind of guy who uses something for what it is. I want to know how it works. What’s in there? What makes it tick? Can I get more out of it?”

Soon enough, he started looking into other languages, notably more front-facing alternatives such as Delphi. Suitably, his career also started marching to a different drum. After SITA, Van der Walt joined DataSaint to create custom software for manufacturing and mining. During this time, he earned a national certificate in computer science from the University of Stellenbosch.

A few years later, he joined Psitek to create GSM-based systems and then moved to KAPLAN, where he helped create enterprise training solutions. Van der Walt subsequently worked for MXit, creating instant messaging and social network platforms, then Derivco, where he spent several years in game development, including engineering a game engine.

The Linebooker opportunity arrived through a surfing buddy, a fellow developer who had created the original proof of concept for the company. Van der Walt made the leap – although he had been in leadership positions before, this was a big step into executive status. It also took him towards the cloud world and back into a startup environment.

“I absolutely love startups. It means trying different things, running something, failing, learning. If I look at what we achieve with a few people, it’s insane.”

Even though the higher leadership status is daunting, it’s still about building and creating.

“It’s something I’m really interested in: how do you keep on harnessing that energy, that momentum, and that joint focus? Teamwork is an engine. Every single part of an engine must work together to produce the horsepower and win the race. But in a startup, you don’t just do one thing. You have to learn from each other and teach each other.”

How do you accomplish all that in a startup not primarily run by technologists and making solutions for a very traditional – some might even say tech-resistant – sector?

Having a great team of people to work with is key. “The guys are amazing. They will pick you up and help you perform at your best. That’s what builds a successful company.”

Keeping a cool head and reading the terrain might be a part of that. As a surfer, Van der Walt certainly fits the picture. He’s been hitting the waves ever since moving to the Cape 15 years ago, and like most surfers, he can adopt a live-and-let-live view of what happens next. When asked if he’s not concerned about the dangers of the ocean – specifically sharks – he doesn’t seem perturbed.

“I’m on the West Coast side. So the water is too cold for the sharks. In South Bay, and around the southern point, there’s more of them. But, you know, you’ve got to do the things you love. And if it’s your time, it’s your time.”

Yet more crucially, in a company with such an exotic combination of skills and views – and with a clear appetite for innovation – you require an ingredient often absent from business discussions and cultures.

“You need transparency. We have ideas sessions, where we think of whacky things that might work. We have a strong tech side and a strong logistics side; traditionally these are quite different, but it’s something we work out. We have a strategy of combining the two and how we go forward. But basically, it’s all around transparency.”

Van der Walt’s views will resonate with anyone trying to bring different groups together in a multi-disciplinary platform world. While we chase buzzy concepts such as agile and fail fast, the route to success is about cooperation and understanding. It’s helped Linebooker become a home-grown success and an international attraction in only a few years. Of course, having a CTO with broad development experience doesn’t hurt, especially if he can translate his skills into building a business.

This article was first published on Brainstorm .

Linebooker has revolutionised transport and logistics, offering customers and transporters a digital solution that is simple and transparent. For more information, contact Linebooker at +27212016969 or send an email to info@linebooker.com.